BJS was once again delighted to be an official sponsor of the The Duke of York Young Champions Trophy. This is a select, international 54-hole stroke play golf tournament for young men and women for the current holder of their Under 18 National Championship or the winner of a separate but recognised major golfing event in the preceding year. It is the only junior tournament in the world that plays solely on Open Championship (Links) courses. 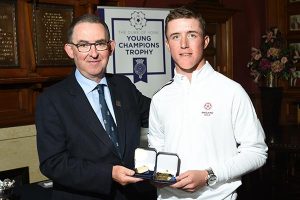